Welcome to the New York City Women of Vision. We're glad you stopped by. We are a group of like-minded women who seek to serve the poor, locally and globally. Come join us as we educate, serve, and advocate for the poor.

On Wednesday, December 10th, Women of Vision NYC hosted their third annual Merry Mojitos event. This joyful evening was not only about holiday merriment, but also about supporting World Vision Greater New York and their Bronx Storehouse, which provides local youth and teachers with materials for school, as well as essential supplies for families in need. Among the night's attendees was a young lady named Vianeli Garcia, who gracefully spoke about the positive impact that World Vision's Greater New York program has had on her life. With her inspiring words and the generosity of all those who attended, Women of Vision NYC was able to raise significant funds to support the work of this wonderful program. We thank those who attended and we wish everyone a blessed holiday season!

If you haven't had the opportunity to donate yet, we invite you to make your contribution here. 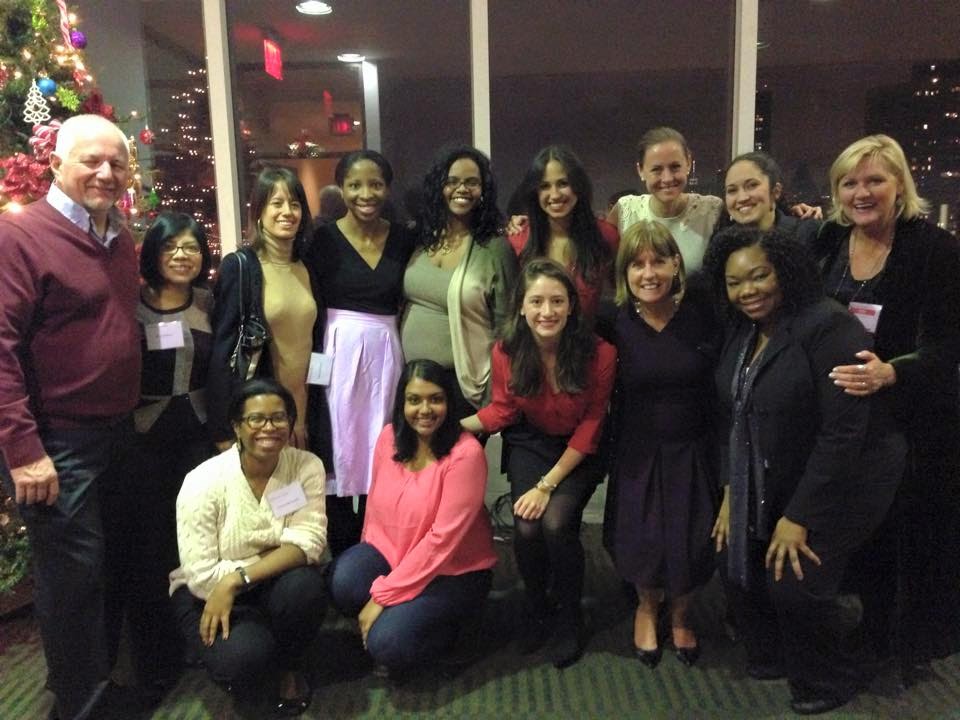 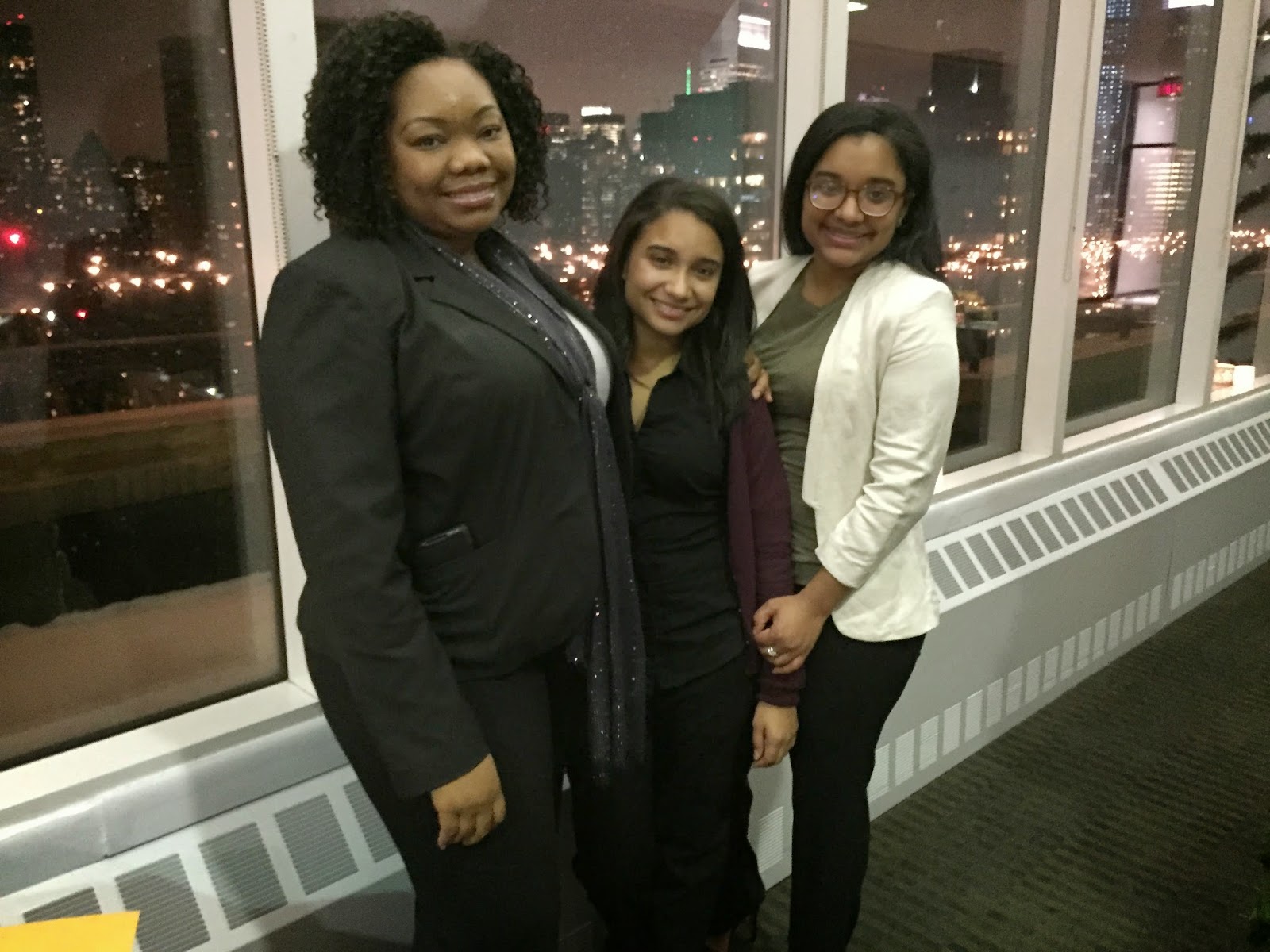 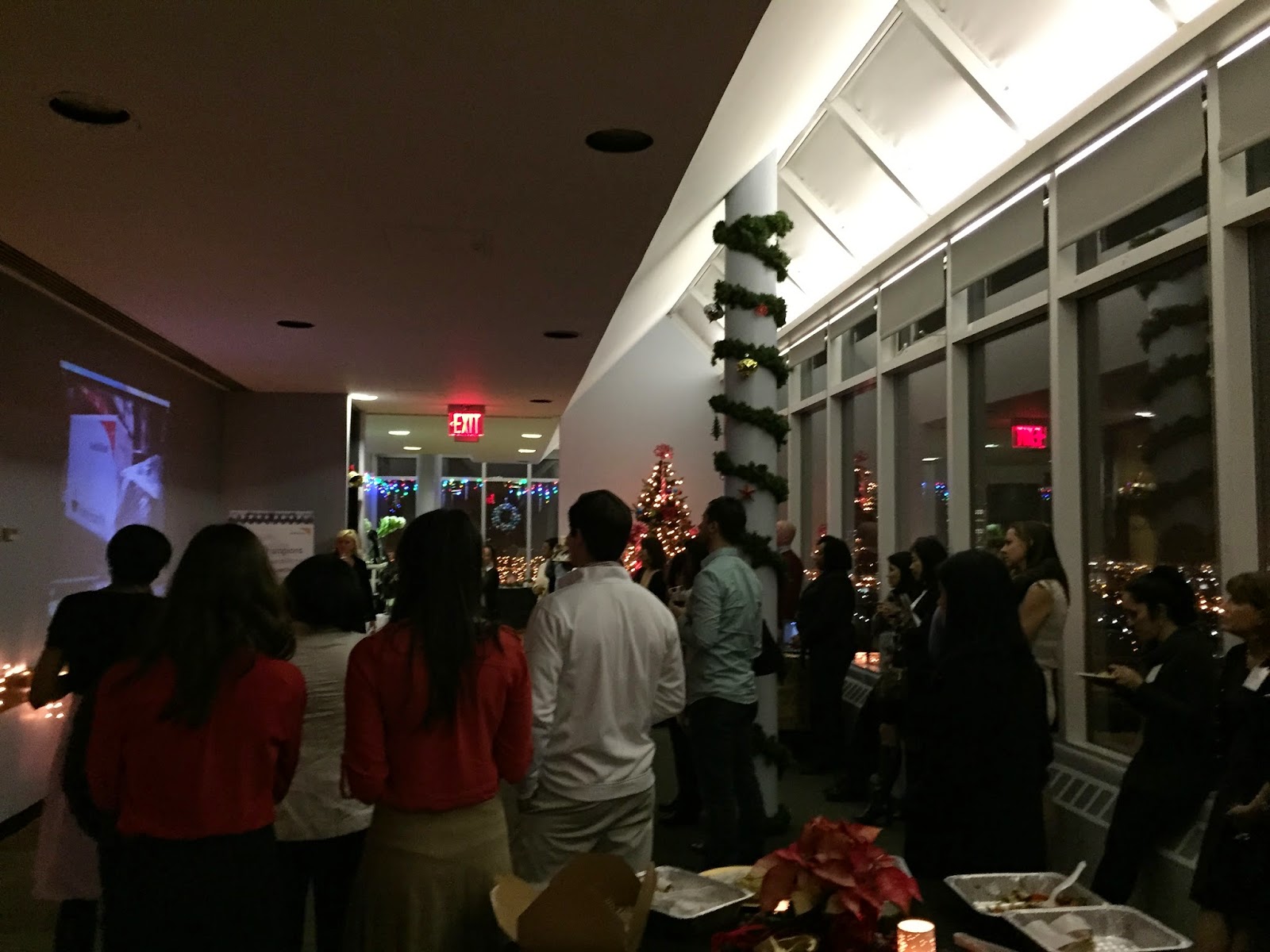 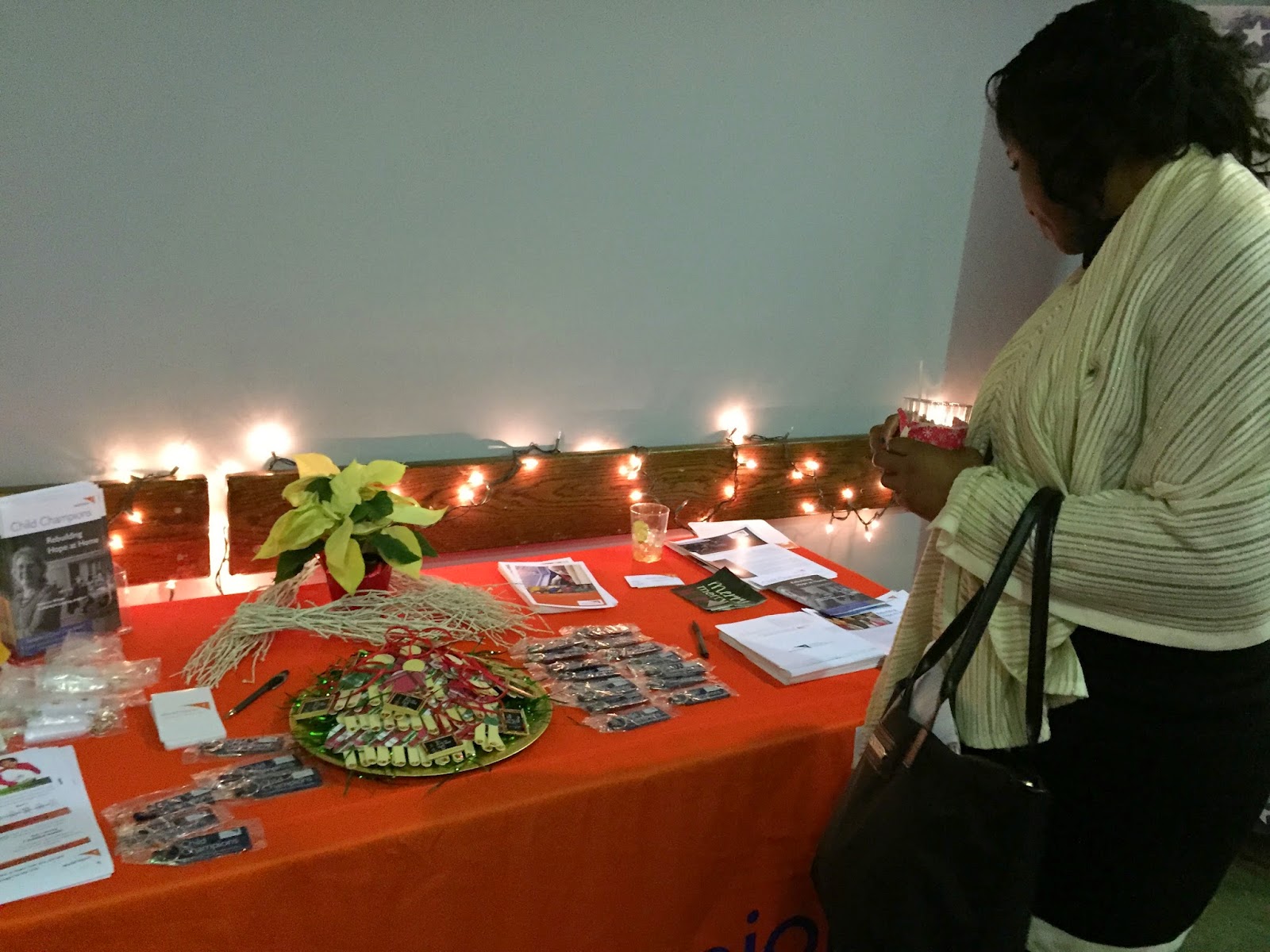 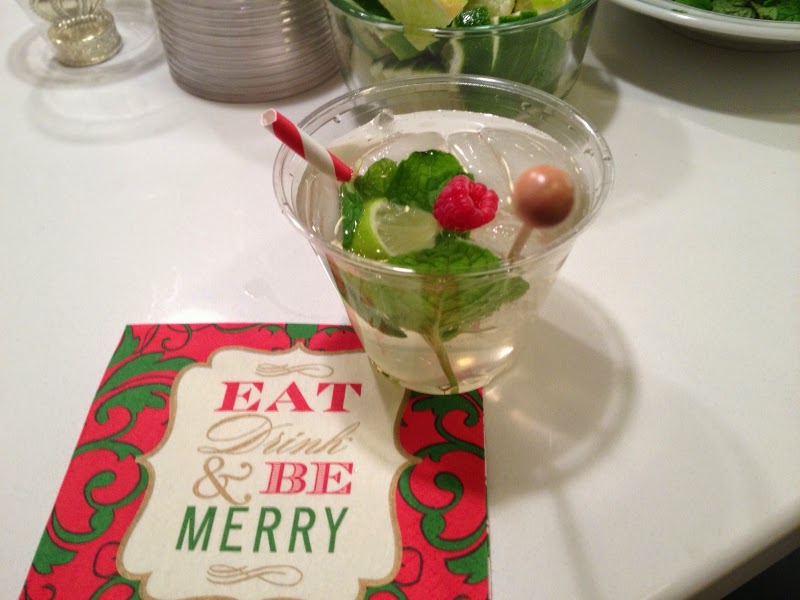 Please join our chapter for an evening of mojitos, ministry, and merriment!

Come enjoy a mojito, mingle with World Vision’s NYC community, and learn how you can support an invaluable World Vision program based right in our backyard:

They offer essential services to over 500,000 children, youth, and adults annually, and our chapter is honored to support their efforts at this year’s holiday event!

Click here to RSVP
Space is limited, so reserve your spot before it's too late!

Learn more about the storehouse's commitment to transforming communities and reliving suffering here. Can't join us? You can still help impoverished communities in the New York City area here.
Posted by nyc wov at 1:17 PM 1 comments

The Power in Her Potential: NYC Women of Vision Kicks Off on October 9!

Please join us for an exciting evening as we kick off a new year with NYC Women of Vision. As we anticipate International Day of the Girl on October 11, learn how World Vision’s programs are helping girls overcome obstacles to achieve their potential and transforming the lives of children in poverty. Find out ways you can get involved with Women of Vision, whether by volunteering locally, advocating for critical legislation, or supporting a World Vision project.

We will conclude the evening with a screening of FLESH, a searing portrait into the lives of women and girls devastated by the global human trafficking trade and its insidious ramifications within the United States.

It is our hope that you will be inspired to act on behalf of vulnerable women and girls to promote gender equality and opportunities for all. 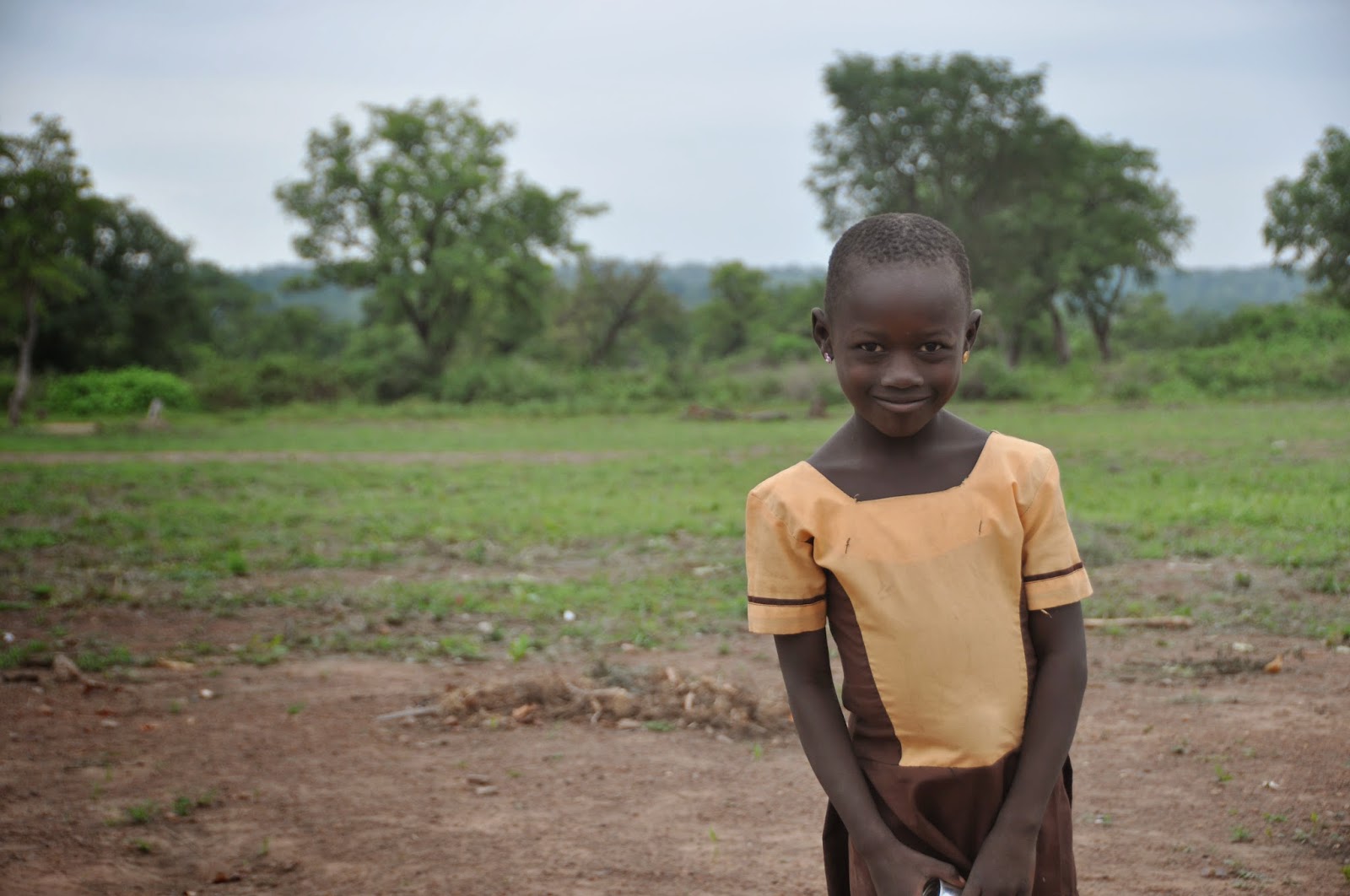 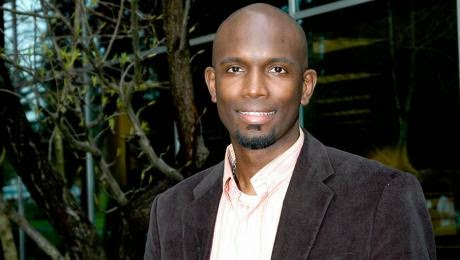 Feature Film: FLESH
FLESH is a shocking documentary that calls into question our definitions of slavery, human trafficking, and prostitution in the United States. This is a story told by the women and girls who have escaped and by those still enslaved. It is told by former and current pimps. The interviews give voice to those in the business of prostitution and to those seeking to end it. Together they offer startling perspectives on what drives trafficking here in the U.S.

Click here to watch a preview of the film.

"The terrorists thought that they would change my aims and stop my ambitions, but nothing changed in my life except this: Weakness, fear and hopelessness died. Strength, power and courage was born."
– Malala Yousafzai

Join us as we discuss Malala’s activism, the assassination attempt that nearly took her life and her subsequent rise to international prominence as one of the leading advocates for girls’ rights today.
When: Wednesday, August 27, 7 p.m.
Where: Panera Bread, 452 5th Avenue at 40th Street
RSVP at nycwov@gmail.com.

Look forward to seeing you there! 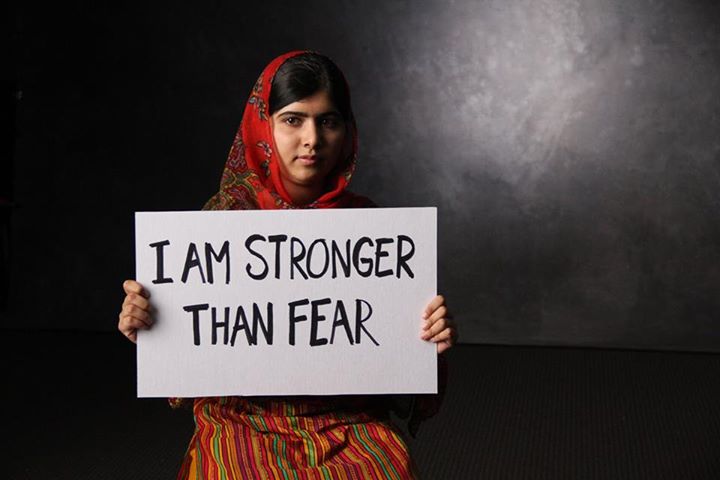 “We liked to be known as the clever girls. When we decorated our hands with henna for holidays and weddings, we drew calculus and chemical formulae instead of flowers and butterflies.” – Malala Yousafzai
Join us as we discuss Malala’s childhood, her early influences and school experiences against the backdrop of the growing presence of the Taliban in Swat Valley, Pakistan.  Please read through parts I and II of the book (chapters 1-15). Click here to preview and purchase the book on Amazon.com.


When: Wednesday, July 30, 7 p.m.
Where: Trinity Baptist Church, 250 East 61st Street, Classroom B/C
RSVP at nycwov@gmail.com.
Look forward to seeing you there!
Excerpt from I Am Malala: 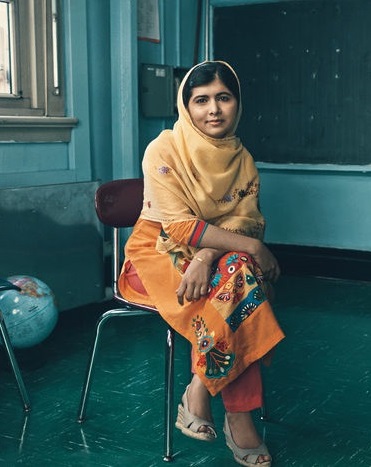 The school was not far from my home and I used to walk, but since the start of the last year I had been going with other girls by bus…. I had started taking the bus because my mother was scared of me walking on my own. We had been getting threats all year. Somewhere in the newspapers, and some were notes or messages passed on by people…. I was more concerned the Taliban would target my father, as he was always speaking out against them. His close friend and fellow campaigner Zahid Khan had been shot in the face in August on his way to prayers and I knew everyone was telling my father, “Take care, you’ll be next.”
Our street could not be reached by car, so coming home I would get off the bus on the road below by the stream and go through an iron gate and up a flight of steps…. I’d imagine that a terrorist might jump out and shoot me on those steps. I wondered what I would do.  Maybe I’d take off my shoes and hit him. But then I’d think that if I did that, there would be no difference between me and a terrorist. It would be better to plead, “OK, shoot me, but first listen to me. What you are doing is wrong. I’m not against you personally. I just want every girl to go to school.”
I wasn’t scared, but I had started making sure the gate was locked at night and asking God what happens when you die. I told my best friend, Moniba, everything…. Moniba always knew if something was wrong. “Don’t worry,” I told her. “The Taliban have never come for a small girl.”

Join us for our summer book club series, which starts on Monday, June 30 at 7 PM. This summer we will read the courageous story of Malala Yousafzai, a champion for girls’ education worldwide, in I Am Malala: The Girl Who Stood Up for Education and Was Shot by the Taliban. If you have a copy of the book, please bring it with you to the first meeting.


RSVP to nycwov@gmail.com. Look forward to seeing you there! 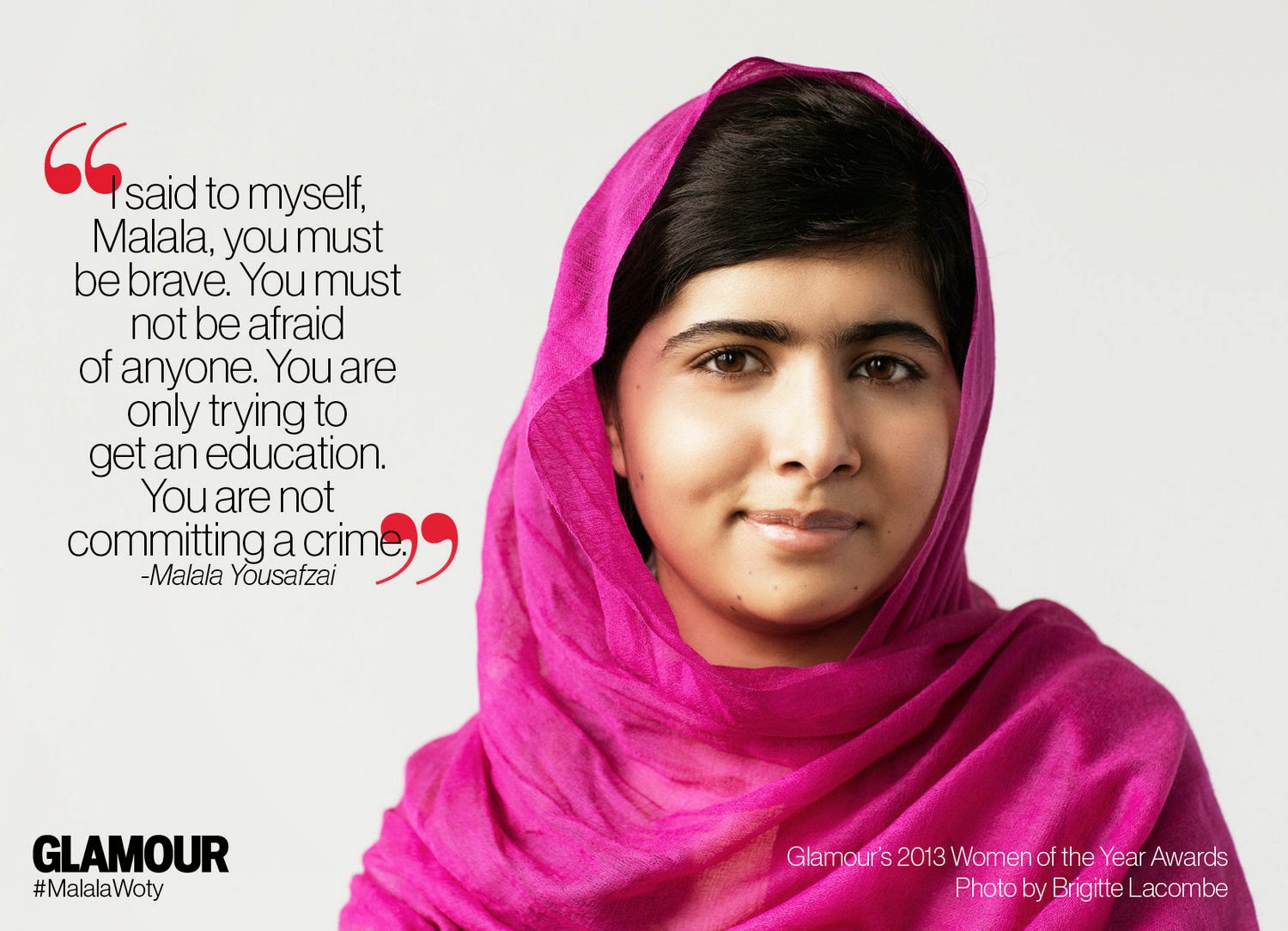 About I Am Malala:
When the Taliban took control of the Swat Valley in Pakistan, one girl spoke out.  Malala Yousafzai refused to be silenced and fought for her right to an education.
On Tuesday, October 9, 2012, when she was fifteen, she almost paid the ultimate price.  She was shot in the head at point-blank range while riding the bus home from school, and few expected her to survive.
Instead, Malala’s miraculous recovery has taken her on an extraordinary journey from a remote valley in northern Pakistan to the halls of the United Nations in New York. At sixteen, she has become a global symbol of peaceful protest and the youngest nominee ever for the Nobel Peace Prize.
I Am Malala is the remarkable tale of a family uprooted by global terrorism, of the fight for girls’ education, of a father who, himself a school owner, championed and encouraged his daughter to write and attend school, and of brave parents who have a fierce love for their daughter in a society that prizes sons.
I Am Malala will make you believe in the power of one person’s voice to inspire change in the world.
Click here to preview and purchase the book on Amazon.com!

Child sponsorship folders will be available, as well as the ability to sponsor a child from a specific country, gender and age.
Hostesses: Christina Cename, Catherine Lee & Rhodora Soh

Where: Private Residence, RSVP to nycwov@gmail.com

Wine, fruit and cheese to be served.

NYC jewelry designer Bonnie Jennifer will have her jewelry on display that evening. 20% of her sales that evening will go towards WOV NYC. Visit her website at bonniejennifer.com.
Space is extremely limited, so RSVP as soon as possible!